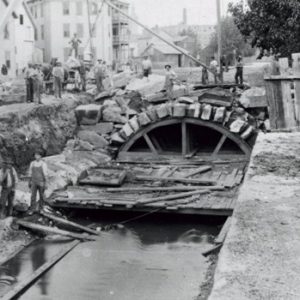 The Blackstone Canal was conceived by businessmen in both Massachusetts and Rhode Island at the beginning of the 19th century, as a way to connect Worcester and the Blackstone Valley towns to the sea at Narragansett Bay. 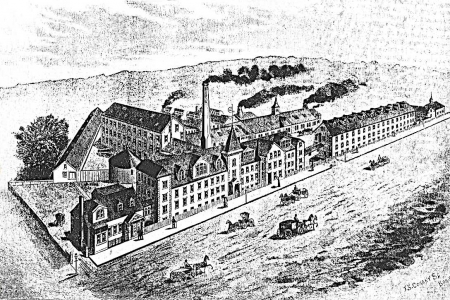 Financed by Yankee entrepreneurs and dug by Irish laborers, it was inaugurated in 1828 with the successful journey of the Lady Carrington upstream to Worcester. The canal followed the course of the Blackstone River itself wherever feasible; and it bypassed rapids and shallows via a total of 48 granite locks, the last of which was located just north of Kelley Square. Within the city of Worcester, fed by the Mill Brook, it ran from a turning basin at Thomas Street, through the downtown, under the western-most corner of the present-day Union Station and straight south down what is now Harding Street. In the process, it combined with the meandering Mill Brook to create an island of the swampy area around the present-day Crompton Park – henceforce known as The Island, or Scalping Town because of the rough trade who frequented it. 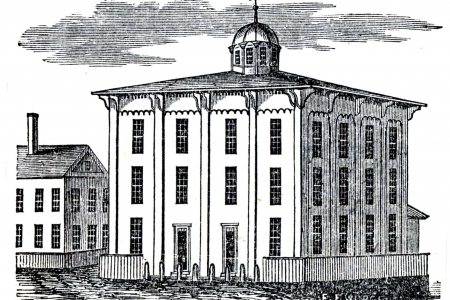 Over the course of its 20-year history, the canal helped to spur commerce and development within the city and throughout the Valley, which became known as the Birthplace of the American Industrial Revolution. It also attracted the jealous attention of Boston and hastened the advent of the railroads, which in some cases were constructed along its tow-path. And it was responsible for the arrival to Worcester of the Irish, who settled first on Shrewsbury Street and later in The Island, with St. John’s Church being established as the first Catholic church in the city. 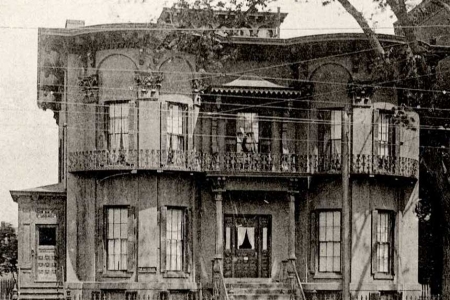 After it ceased commercial operations, the canal remained open as a waterway, becoming increasingly used as a sewer until it was arched over and forgotten in the 1890s.

During the latter portion of the 19th century and first half of the 20th century, the area formerly bisected by the Canal became a thriving mixed-use and multi-ethnic neighborhood based on the Eastern European immigration of that period. Every block boasted at least one family-owned market, and the commercial activity on Water Street, Green Street and Millbury streets served the residential neighborhoods of Grafton and Vernon hills to the east. Water Street became an enclave of Jewish settlement, well known into the 21st century for its delicatessens and bakeries; Poles and Lithuanians populated Millbury Street; Table Talk Pie Co., off of Green Street, became the default employer within the Greek community. 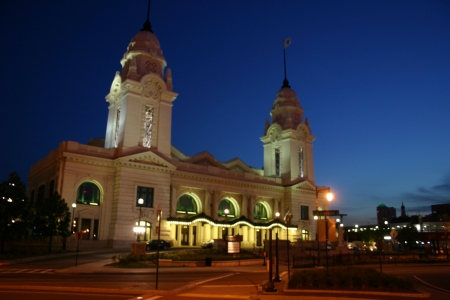 By the latter part of the 20th century, the area had lapsed into a long decline. The construction of I-290 destroyed a huge swath of housing to the east and largely cut off access from Grafton and Vernon hills; the Jewish population had prospered and moved to the city’s west side; and Union Station, which had once boasted 162 trains per day, had closed and fallen into pitiful disrepair. 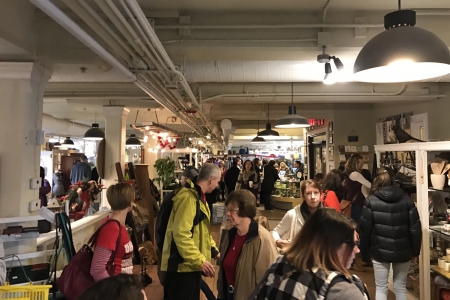 The area was bypassed by the mixed blessings urban renewal, as well, retaining much of its historic building stock; and with the renovation of Union Station at the turn of the new century and the re-introduction of commuter rail service to Boston, it was poised for a new incarnation. Its proximity both to I-290 and Union Station made it an easy destination for out-of-towners and an attractive location for urban re-investment.

Throughout the first decade of the 21st century, the area has seen substantial rebirth as an entertainment district, now populated with 20-30 new bars, restaurants and clubs. Enclaves of retail activity are being established as well, and some of the larger buildings are being converted to residential use. Now referred to as the Canal District, the area is a popular night-time and weekend destination and is widely acknowledged to be the city’s most actively developing neighborhood.

The scheduled introduction of streetscape improvements throughout the district is expected to reinforce recent progress, and the proposed Blackstone Canal Replication Project continues to spark imaginations throughout the city. The district is now served both by an active business association (www.cdba.org) and by a broader affiliation group called the Canal District Alliance. In recent years the district has been host to the annual Blackstone Canalfest, the Canal Diggers 5K road race, the Worcester Irish Music Festival, the Snails Pace Antique Auto Race, the Turtle Boy Music Series, and narrated summertime horse-and-wagon tours, among other events.